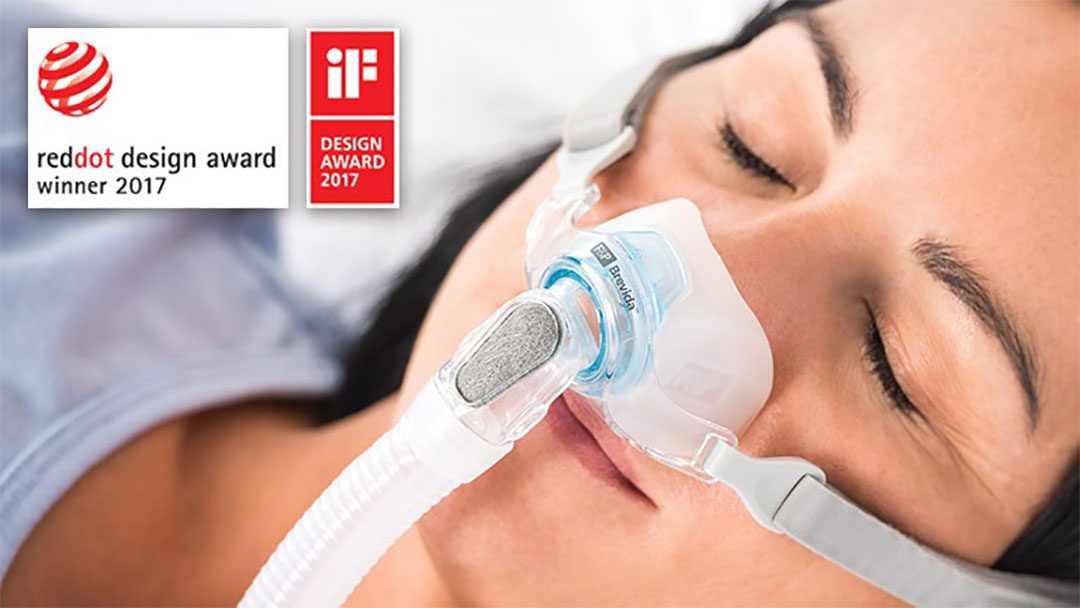 The iF Design Awards, run annually since 1953 by iF International Forum Design GmbH, is considered one of the most respected competitions recognising outstanding design from around the world. This year’s award had a panel of 58 judges assessing over 5,500 entries from a total of 59 countries. Designs were evaluated against a criteria of brand identity, usability/ergonomics and aesthetic/design quality.

This is the third time Fisher & Paykel Healthcare has been acknowledged at the iF Design Awards, after winning awards for the F&P Pilairo™ mask and F&P Optiflow™ Junior nasal cannula in 2012.

The Red Dot Awards is one of the most competitive design competitions in the world, known internationally for recognising great design and innovation. This year, the Product Design category, in which the F&P Brevida was recognised, received submissions from 54 countries.

The Red Dot Design Award was founded in Germany in 1955 and is led by a globally recognised forum for design excellence. This year, it was judged by an independent and international panel of 39 members, who assessed, tested and discussed each entry over a period of several days. Products were evaluated according to criteria across innovation, formal quality, functionality and ecological compatibility.